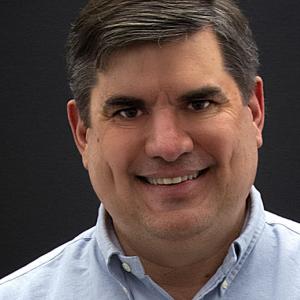 Joe wanted to be an architect, but the Internet, among other things, got in the way. After graduating from Texas A&M University, he joined the U.S. Air Force where he lived out his dream of pulling a 'Tom Cruise' stunt singing 'You've Lost That Lovin' Feeling' to his now wife. As an Air Force pilot Joe amassed over 6,000 hours in the B-52 and T-38 aircraft and was fired upon several times before transitioning to the U.S. Air Force reserves, giving him time to pursue architecture on the World Wide Web as a web designer in San Angelo, Texas.

Since then, Joe has founded several businesses, including the first Internet Service Provider in Southwest Texas and an award-winning magazine. He spent short stints at Verizon and The Dallas Morning News before becoming a fulltime technology consultant. Now he heads the Hyde Interactive Team.

Joe truly loves his job, and has very little spare time. But when he's not working, he's mending fences and cutting down Mesquite trees on his spread down south of town. He also spends a lot of time with his wife and three kids. 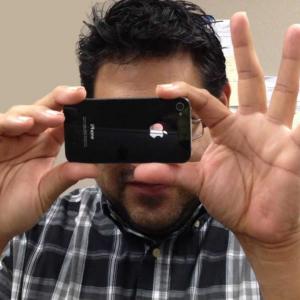 John is an industry veteran of Scripps Newspapers at the San Angelo Standard-Times where he honed his chops as the best graphic designer in Texas. When  Joe Hyde went to Dallas, he couldn't find anyone who can match John's creative ability to understand client needs, devise the strategy, and execute strategic marketing plans. John serves as the creative director for Hyde Interactive in San Angelo, Texas where he heads the strategy and implementation of digital strategies for companies across the country. John is a native of San Angelo and adores his three beautiful daughters.